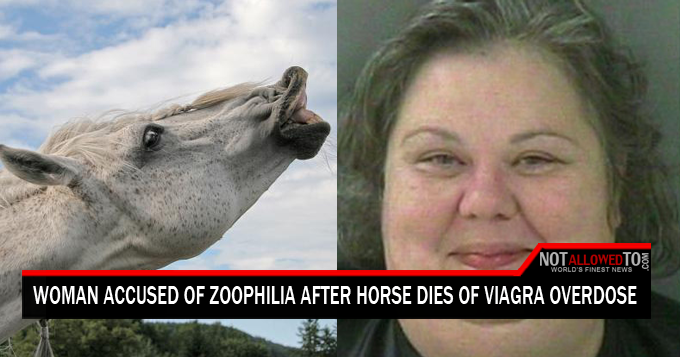 OHIO | A woman has been arrested this morning after she allegedly told her veterinarian she had given large doses of Viagra to one of her horses which eventually led it to suffer from severe convulsions, leaving the horse in agony during several hours before its cruel death hours later. 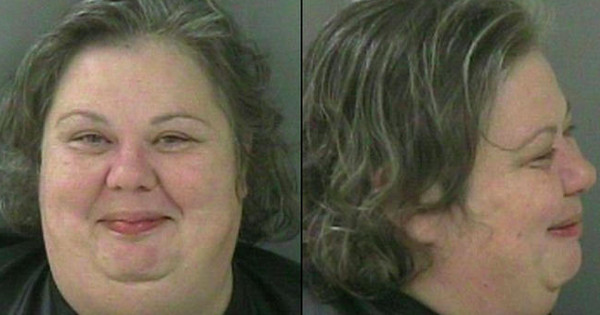 The veterinarian contacted authorities who proceeded to the arrest of the local dairy farm owner, who could be charged with animal cruelty, believe legal experts.

“There is no clear law against zoophilia in the state of Ohio, this 47 year-old woman will surely be prosecuted for animal cruelty,” explains Deputy sheriff James Thomson, present during the arrest.

A local veterinarian, who wants to stay anonymous told us, this was not the first time she has been witness to such a scene. “Lat January, I had a dog die of drug/Viagra overdose after a couple told me they were ‘experimenting-sexual-fantasies’ of their own” she admitted, visibly traumatized by the latest events.

“I just fear that if proper legislation is not passed the situation will continue to escalate” she warns.

Family members of the accused woman were not available for comments, although reporters were told the 47-year-old woman has suffered from mental illness and depression in her past, and blamed the incident on the woman being “extremely lonely” since her divorce last September.