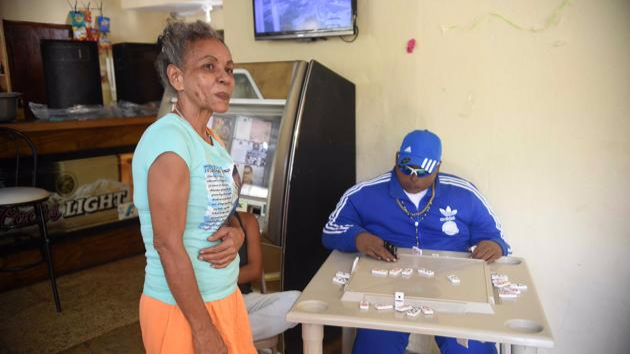 Puerto Rico | Setting up people’s dead bodies is all the rage right now in Puerto Rico and most of the time it’s things that you never thought you’d ever see!

Jomar Aguayo Collazo in San Juan… took a bullet at the local club. But his relatives celebrated his life by propping up his body in front of a dominoes table with a bottle by his side.

He also had a condom in his hand while wearing his blue & white Adidas suit…just how he liked to be when he was alive.

And there’s more! After all, what better place to have this all happen than at the very same bar that Collazo was shot at..!

The mourners came to celebrate his death and snap some pictures with him to cherish his memory.