Obama Thinks The U.S. Should Treat Weed Like Alcohol & Cigarettes 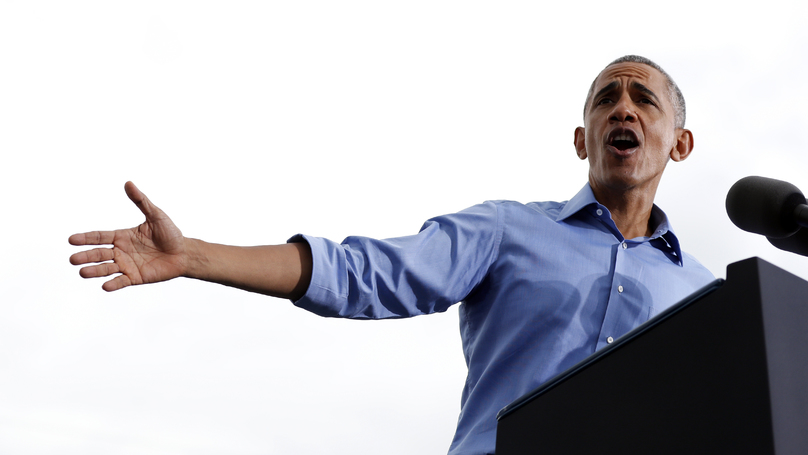 Obama is still keen to remind everyone that he is the coolest president the US has ever known.

In an interview with Rolling Stone this week he took the opportunity to ‘legalise it’, basically, when it comes to weed.

“Look, I’ve been very clear about my belief that we should try to discourage substance abuse,” he said. “And I am not somebody who believes that legalisation is a panacea. But I do believe that treating [marijuana] as a public-health issue, the same way we do with cigarettes or alcohol, is the much smarter way to deal with it.”

He also went on to say that it wasn’t his fault it wasn’t made legal during his time as pres. and he managed to make it sound like he was having a little dig at those who are in charge.

“Typically how these classifications are changed are not done by presidential edict but are done either legislatively or through the DEA. As you might imagine, the DEA, whose job it is historically to enforce drug laws, is not always going to be on the cutting edge about these issues,” he said. Alright, mate, we get it. You’d love to, but your hands were tied.

I mean, we should have expected him to say something like this. In a world where politicians love to say, ‘I tried it in college but I never inhaled’, Obama was proud to say: “I inhaled. That was the point.”