For one mother, her special day turned out to be the most tragic of her life. 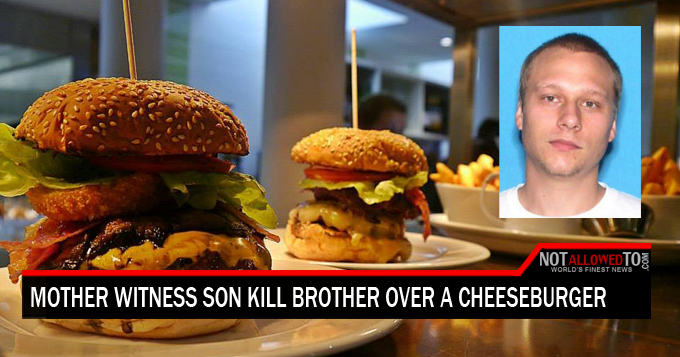 FLORIDA | On Mother’s Day weekend, 28-year-old Nicholas Middendorf decided to take his mother out for drinks to a nearby bar. The duo, returned to their home later at night, where the woman’s younger son, Benjamin Middendorf, 25, was staying. He did not accompany his brother and mother to the bar because he does not drink.

A few minutes after they had returned, the Middendorf brothers allegedly got into a squabble involving a cheeseburger. To the mother’s complete shock, her younger son Benjamin grabbed his gun and shot his older brother.

Transcripts of the 911 call released by the St. Cloud Police Department show that Benjamin confessed his crime to the dispatcher.

“I just shot my brother on accident,” he can be heard yelling on the 911 call, before adding, “We were in a fight and I grabbed a gun and I shot him. Oh God, I am so sorry.”

The disbelieving mother, witness to the tragic episode, can be heard screaming at her son.

“My son just shot my son,” she screams. “How dare you, Benjamin!”

When police arrived, they found Nicholas dead from a single gunshot wound to the chest while his brother was covered in blood.

The grieving mother could not believe that such a tragedy had struck her family on the eve of Mother’s Day.

Police officers said that the brothers fought over a cheeseburger. The police have charged Benjamin Middendorf with first-degree murder, and he is being held in the Osceola County Jail.