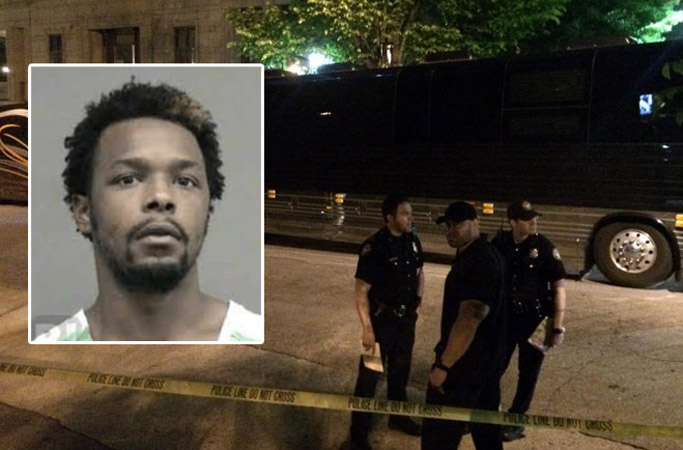 The rivalry between two rappers Young Thug and Lil Wayne’s is reaching new heights. It is believed that Young Thug plotted an attack to kill Lil Wayne.

Last month Lil Wayne’s tour bus was allegedly shot up by a member of Young Thug’s crew outside of Atlanta’s Compound Nightclub as Wayne and his team were making their exit.

Young thug planned this attack with his manager Jimmy Carlton Winfrey who was allegedly working under Young Thug’s orders. He has been arrested on charges of aggravated assault, firearm possession by a felon and criminal gang activity in connection to the incident.

Jimmy Carlton Winfrey, the gunman, was arrested first by police earlier today, and has since revealed to police his affiliation with Young Thug, he also revealed some very sensitive information about Young Thug which  has not been yet reported to media. It has been reported that Atlanta police arrested Young Thug for his apparent involvement in the shooting of Lil Wayne’s tour bus, and he is under investigation after his manager snitched on him and revealed secret and sensitive information.

“I was just doing what I was told. My boss [Young Thug] ordered to perform high profile shooting and take Lil Wayne out. I tried and failed. I did what i was ordered” – says Jimmy Carlton Winfrey who is currently awaiting trial.

In a very short time the the rivalry between Lil Wayne and Young Thug have became very serious just like the new version of Big and Tupac.