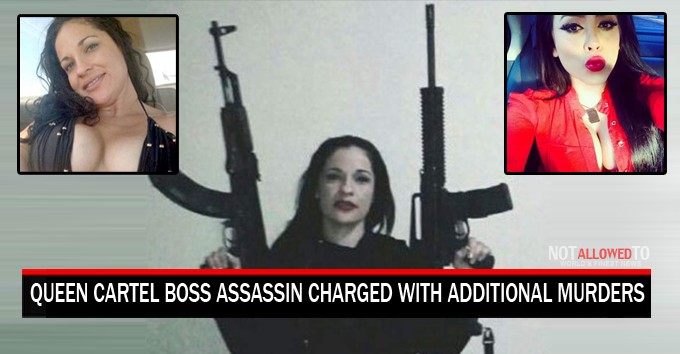 The Office of Attorney General in Mexico has announced additional murder charges for “La China,” the most feared and notorious lady assassin for the Sinaloa cartel. “The Criminal Court issued an arrest warrant against La China, as well as a male suspect with the nickname Peter, who are the prime suspects in the execution of at least five murders” revealed the PGJE in a press release.

According to investigation, the victims, who were buried near the El Comitan beach, have been identified, as 3 women and 2 men.

La China was arrested back on Sept. 19, as she tried to flee the state at the Cabo San Lucas airport. Initially, she was charged with the murder of a man in the Revolution colony at La Paz, on January 16, 2015.

During her 10-year career, she had killed her way from an ordinary hit woman to the leader of a squad of 50 murderers to the boss of Las Fuerzas Especiales de los Damaso, the “special forces” army of assassins founded by top capo Damaso Lopez Nunez, aka El Licenciado. Authorities captured La China after she was betrayed by her boyfriend, Hector Pedro Camarena Gómez, aka El Chino, who led investigators to a number of mass graves in exchange for a lighter sentence.

La China and “Peter” are now at the Center for Social Reinsertion (Cereso) of La Paz. If found guilty, both face 50 years in prison for each homicide. Crime statistics released by the PGR showed a 40 percent drop in the murder rate after she was apprehended.