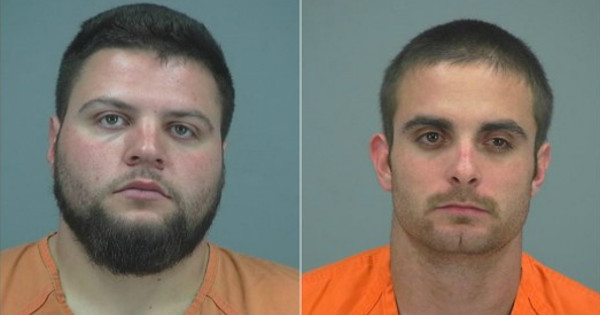 Manistee, Mi. – Two drug dealers/producers were arrested this morning, after they rent their illegal drug lab on AIRBnB.

According to police report, Steve Jackson and Aaron Murphy put an advertisement on the famous homesharing site on Tuesday, offering to rent their “cozy apartment with fully equipped meth lab” while they were “out of town to make a few deliveries“.

The ad was rapidly signaled by AIRBnB users, and ended up catching the attention of the State Sheriffs Chiefs Enforcement Narcotics Team, also known as SSCENT, a multi-jurisdictional task force that investigates drug activity.

Policemen invaded the men’s property this morning, arresting both of them and seized various controlled substances. Officers reported finding several items used to make meth in the kitchen and garage.

A delivery truck belonging to one of the accused was also located in a nearby street and searched, and it turned out to be loaded with more crystal meth.

Both men now face numerous criminal charges, including counts of operating/maintaining a laboratory involving methamphetamine, possession of methamphetamine and possession of cocaine, according to the release. The charges carry penalties ranging from four to 20 years in prison.

They are expected to appear in court on Monday, but meanwhile, they are lodged in the Manistee County Jail with bond set at $100,000.