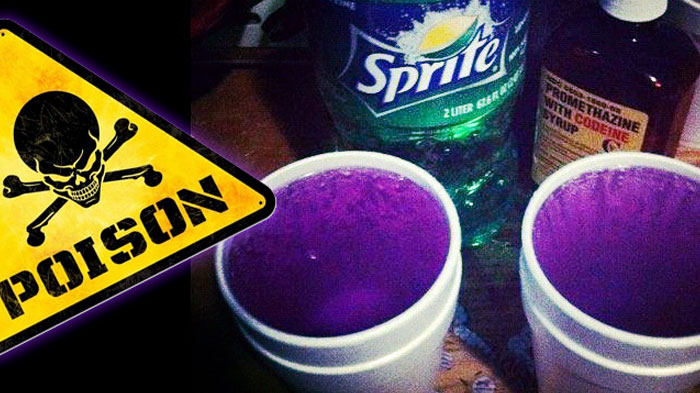 Purple drank, Sizzurp, Syrup, Barre, Purple jelly, Texas tea, Dirty Sprite, Tsikuni  or Lean is considered one of the deadly cocktail out there.

The drink is made up of Sprite, Jolly Ranchers, and cough syrup. Although the combination may sound pretty harmless, this drink can kill you.

The mixture became popular in the hip hop community in the United States, originating in Houston.

The codeine in the drink cause dependence. The withdrawal symptoms are similar to heroin and morphine. In addition, drinking the cocktail can lead to seizures, overdoses, and deaths. The drink has been called ‘Hip Hop’s New Heroin’ and can cause Neuroleptic malignant syndrome, which can be fatal.

The symptoms include fever, abnormal, thinking, fast or irregular heartbeat and stiff muscles. It has hospitalized users and even killed artists.

What are your thoughts on sizzurp? Let us know in the comments below!