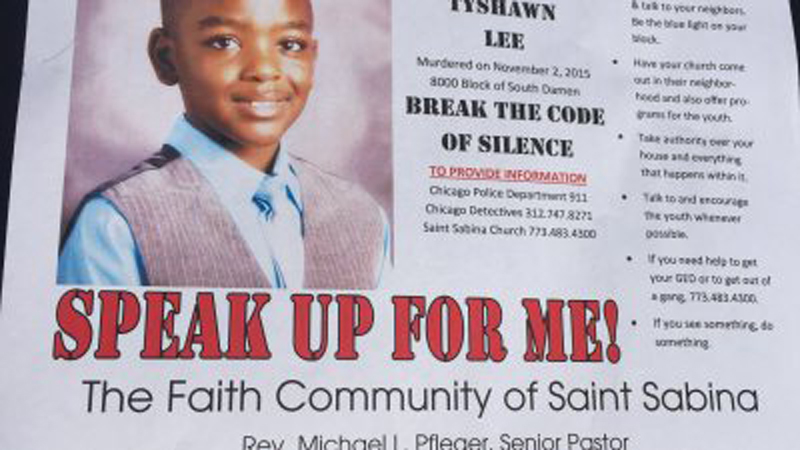 CHICAGO – Police are searching for the people responsible for luring a 9-year-old boy into an alley and executing him who thought the boy shouted a warning to rival gang members.

Chicago Police Superintendent Garry McCarthy said, the child was targeted because his father was a member of a gang that was in conflict with another gang.

The Auburn-Gresham neighborhood, where Tyshawn was shot to death, gangs battle over turf and the right to sell drugs on a particular city block.

“This caught everyone off guard,” said Kirk McKinney, who has lived here for 44 years. “Coming home in broad daylight and you just assassinate a child. … I’ve never seen anything this violent since I have been here. Never.”

Tyshawn was shot multiple time in the face and the back, his funeral was held St. Sabrina Church.