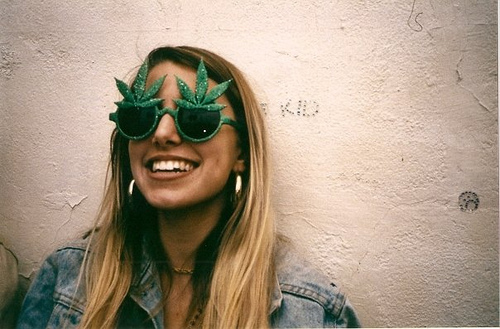 DALLAS, TEXAS – Melissa Moore was in for a surprise when she received 15 lbs of marijuana in a package the postman brought yesterday.

She thought she had finally received the ‘Rare Wool’ she had ordered online, but she rapidly found out otherwise. The package contained a large quantity of drugs in plastic wrapping, which turned out to be marijuana.

“I went straight to the post office to complain, because this package wasn’t mine and I wanted my wool” says miss Moore. “The guy at the counter looked at me in a funny way and called the police. At first, I didn’t understand what was happening, but the police officers told me that my package was full of  drugs! That’s horrible… I don’t want any drugs around my house, they kill people! I’m happy  I got rid of it!“

The officers of the Dallas Police Department, believe that a simple mistake in the delivery address could be at the origin of this unexpected drug bust.

Officer Frank Gibson said, “We would love it if this kind of incident happened more often. It would certainly make our job a lot easier. It’s unclear for now, who this drug was destined to, but there’s certainly a very unhappy drug dealer somewhere, waiting for his marijuana.”

An ever increasing quantity of narcotics goes through the U.S. postal services every year, according to the DEA. The number of drug busts and arrests increases every year, but a large quantity of drugs still gets to its destination somehow, without being intercepted.

While marijuana still represents the vast majority of illegal narcotics seized every year, increasing quantities of other substances like synthetic drugs and heroin are also being seized.