Rapper 50 Cent Meets His Third Son For The First Time

50 Cent reveals that he has a 3rd son and jokes about impending child support payments. 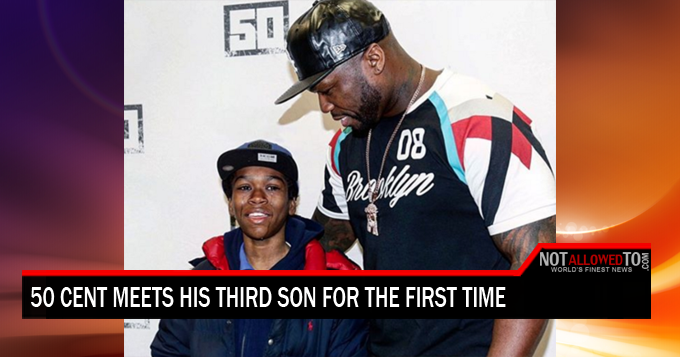 It was believed that 50 Cent had 2 sons with different woman. Couple of hours ago, the rapper logged onto his Instagram to reveal that he recently met his third son, a boy named Davian.

He shared a picture of himself and Davian, who has tears streaming down his face.

“My life is full of surprises, this little guy is my son DAVIAN,” wrote 50 in the caption of the post. “He started crying, I was thinking why you crying I gotta pay for this shit. LMAO.” In the picture, the rapper looks happy to meet his kid for the first time, though considering the financial trouble he currently finds himself in, his initial thoughts were likely on the child support bills that’ll soon be landing on his doorstep.”

So with the belief that the post isn’t another one of the G-Unit emcee’s ridiculous troll jobs, congrats to 50 and Davian!