THE CRACK COOKING TUTORIAL VIDEO THAT WAS REMOVED BY FACEBOOK 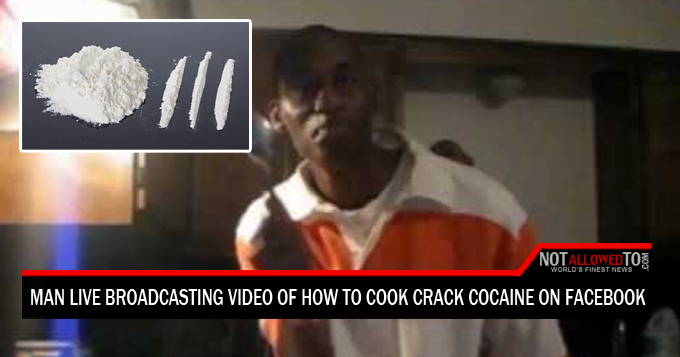 “Jay The Plug” has been around the system – almost ten years. After his brothers death, he was arrested with 11 vials of crack cocaine . He walks like a gangsta – but with a …. Razzle-dazzle, tricks , making the ball appear like a yo-yo on a string.

Jay “The Plug” Mendoza a black and Cuban immigrant decided to take his crack cooking talents to new heights by live streaming his skills on Facebook with an all inclusive cocaine tutorial. His live streaming views on Facebook reached 100K before being shut down.

He released a statement saying:

“MAN WE DON’T OWN NO COCOA PLANTS IN THIS COUNTRY I’M JUST TRYING TO FEED MY KIDS AND HELP US GET OUT THE GHETTO, THEY NEED TO LOCK UP THE GOVERNMENT THEY PUT THIS SH*T HERE NOT ME I’M JUST A SCAPEGOAT” — JAY THE PLUG

Police became aware of this after receiving several tips from Facebook users. He was hit with federal charges and is now being held in the DC Jail in Washington, D.C. on a $500,000 Bond.