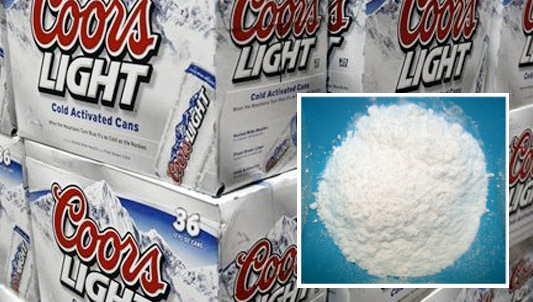 U.S. – It has been reported by the FDA that cocaine has been found in Thousands of Coors Light beers nationwide. The FDA began investigating beers before they were sent out from the factories, as well as beers that were already on shelves ready for sale in thousands of businesses across the U.S.

The FDA became suspicious of Coors Light being laced with a certain drug after thousands of people reported feeling “weird”, “high” and even sick after drinking Coors Light.

The FDA is currently investigating how the cocaine managed to get into Coors Light factories and if it was intentional by the company or an accident. “We cannot afford to have more people accidentally drink cocaine from a brewery such as Coors Light, which has been a longtime favorite here in the U.S., this is unacceptable” says FDA employee Arnold Francis.

The FDA is forcing Coors Light to seize production for at least 30 days as the investigation is carried on.