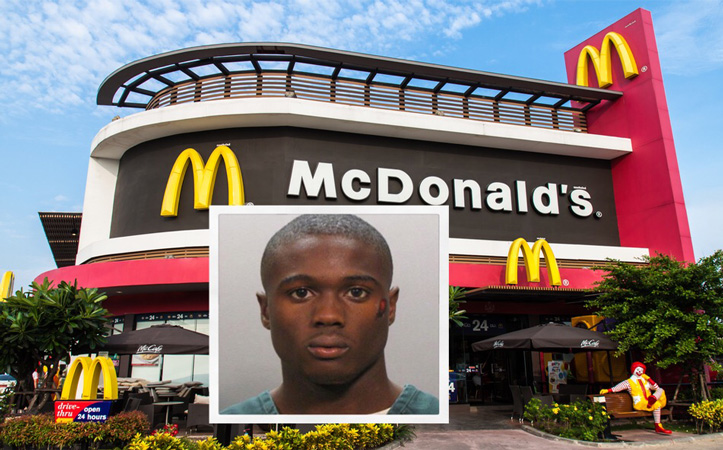 CALIFORNIA – A man killed his girlfriend, because child support payments for his 3 kids were taking all the money he made by working at McDonalds.

Marcus Gafney, 24 was convicted of first-degree murder of his former girlfriend Tamika Jones, 34. He was sentenced by County Superior Court judge to life terms in prison.

According to his videotaped confession: He drove from Texas to California, walked into the Sacramento office where she worked and shoot her in the head before turning himself in at the courthouse. He told jurors the killing was justified because Jones was trying to bankrupt him.

“I was just tryna eat !!! You feel me?, that mother***ng bit*h got me paying basically my whole check while she at the club, I couldn’t keep eating where I worked for rest of my life, she had to GO!”

“It is incomprehensible to the court how a decision to kill can be motivated by court-ordered child support,” Judge said at the sentencing.

Gafney said he planned to appeal his conviction by releasing a statement:

“That bit*h was 10 years older than me, I was seduced by her head game, I thought Niggaz in the hood was lying when they said she could su*k a golf ball through a straw, but I was so wrong… her head was FIRE. I don’t want nobody else to go through this, fellas please watch out these hoes are scandalous”