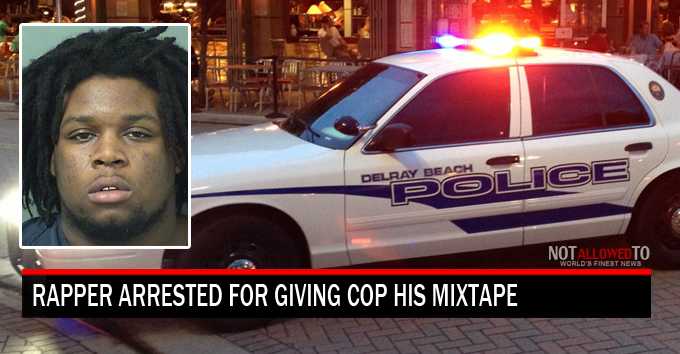 Florida – A rapper, Volvique Louis Jean Jr. was pulled over at Del Ray Beach for reckless driving back at a high school. Apparently, he was speeding through the school’s school bus loop, just barely missing students exiting a bus.

When cop pulled him over, he handed over his mixtape instead of his driver’s license as a distraction, to pull away – which he did successfully.

The policeman couldn’t keep up because he was on a golf cart on school grounds and Jean got away. According to the police reports, 18-year old Volvique Jean almost hit more students as he sped off.

After 6 months of searching, Jean was finally caught and arrested on charges of fleeing and eluding, reckless driving, driving with a suspended license and trespassing on school grounds.

Poor guy…he won’t even get any press out of this for his mixtape because the local newspaper that reported the incident didn’t mention the title of his mixtape :/.