On Sasha Obama’s 15th birthday, people sent her warm birthday wishes, to make the day even more special, it was also the day her big sister Malia graduated from high school.

Even conservatives wished Sasha a happy birthday — though their greetings were of a very different nature to those most shared.

A Facebook page ‘The Resistance’ posted a photo of Sasha was accompanied by the words, “What message do you have for Sasha Obama on her birthday?” 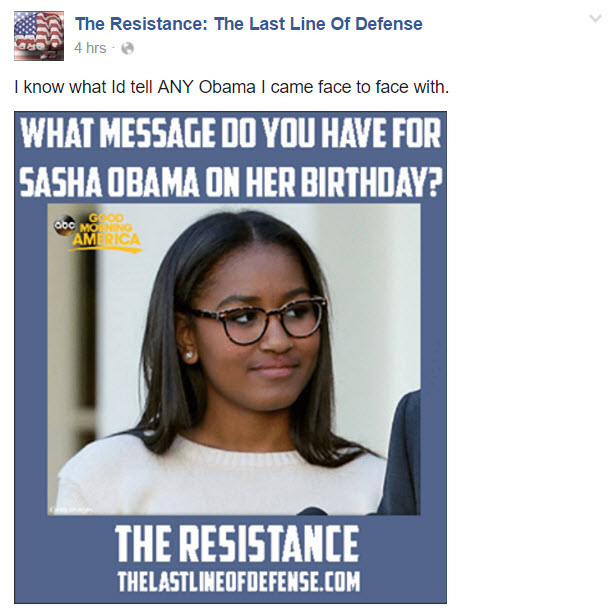 The Stupid Part of America shared what they would love to say to a teenage girl not yet old enough to drive, whose father happens to be President of the United States.

Though she has never said anything negative to anyone, and is a f**king teenager, the horrible people unleashed their hatred, calling her a “spoiled brat,” demanding that she “go back to Kenya”, ordering her out of the White House, calling her a ‘Black lil Bitch’, and even suggesting that she be raped. 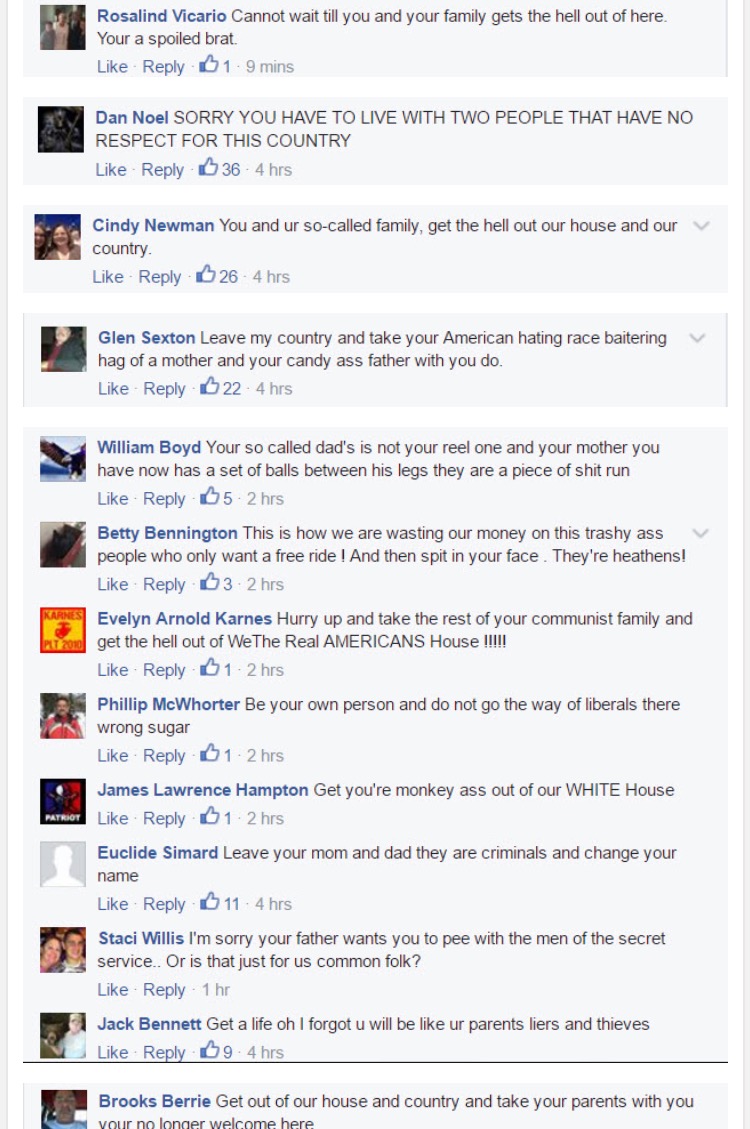 It is unknown why conservatives do the things that they do, but one thing is important to remember: all of these people will be voting for Trump in November. Will you be there to vote blue?