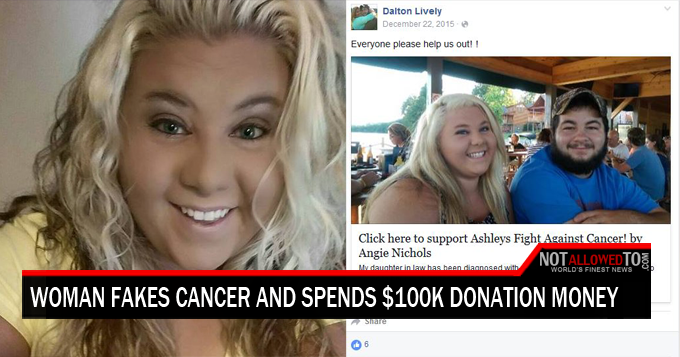 A woman is now suffering the consequences, of faking cancer and spending $100,000 which she collected as donation.

According to report, the name of woman is Ashley Lively, and it all started when she made a Facebook post stating that she had developed pancreatic cancer and had only a couple weeks left to live. Her family was devastated and her small, local community banded together in support. Month after the fraud began she had amassed quite the following, but her lies just kept growing bigger and more elaborate. 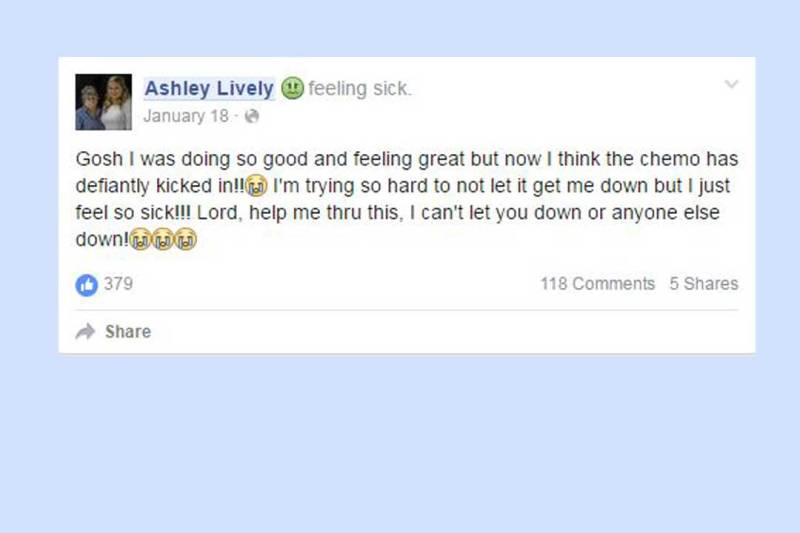 After an investigation people figured out she was lying the whole time, and the money was being used on beach trips and a brand new car. She is now booked on fraud charges.