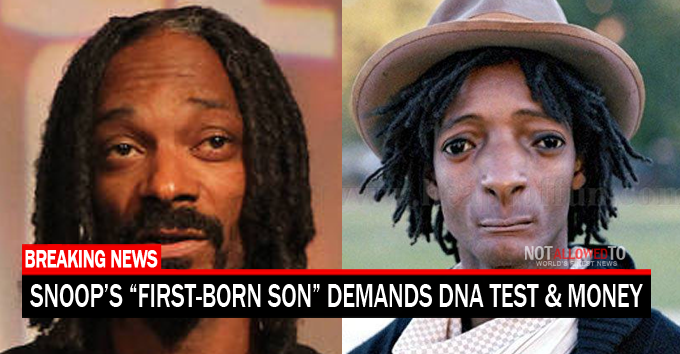 The media is shocked after a 28 years-old, Brandon Williams has claimed to be Snoop Dogg’s first born son and he says he can prove it!

According to latest reports, Brandon Williams is suing Snoop Dogg for back child support and other damages totaling more than $20 million.

According to court documents, Williams claims his mother was a longtime friend of Snoop’s way back in the early ’80s – long before he become the world’s most favorite pimp daddy.

Snoop Dogg has not personally commented on the claims submitted to the court but a spokesperson for Snoop released the following statement:

“Claims like these are nothing new to someone of Snoop’s stature. Snoop has never seen this man before or have even heard of his mother’s supposed name before. The allegations are ridiculous.”

Williams also claims that Snoop is refusing to take a DNA test and is why is ultimately has decided to take the matter to court.