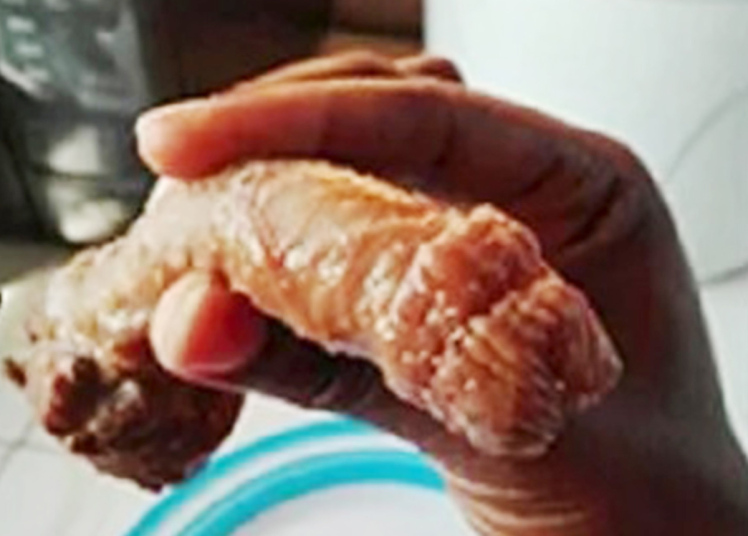 A woman got the shock of her life after she found this strange-penis-looking meat in her soup. It wasn’t until she had eaten more than two thirds of the dish that she noticed it looked like something nobody would want to find in their takeaway.

The woman, named as Akousa, said: ‘I had gone to get some food from the food joint because I was hungry and my preferred choice was Tuo zafi which I bought and took home to eat.’ 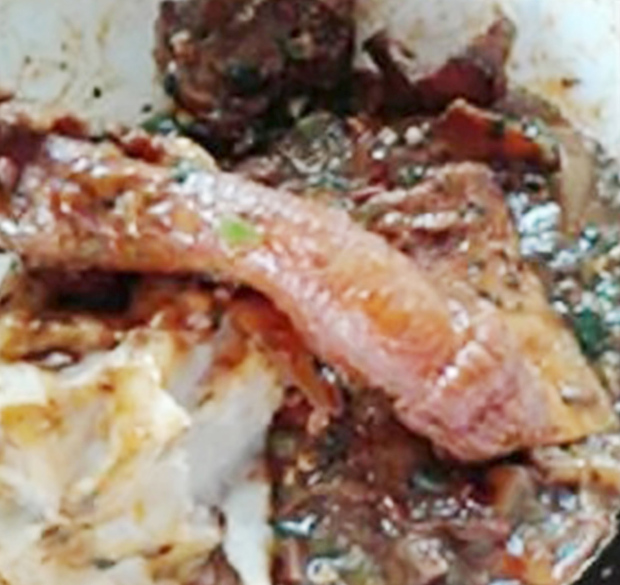 But she immediately stopped eating when she noticed the lumpen sausage which looked nauseatingly similar to a human-penis.

‘I had eaten all the other meat in the soup and was about finishing off with the biggest piece when I noticed the funny looking meat which looked like a male genital organ,’ she told local media. 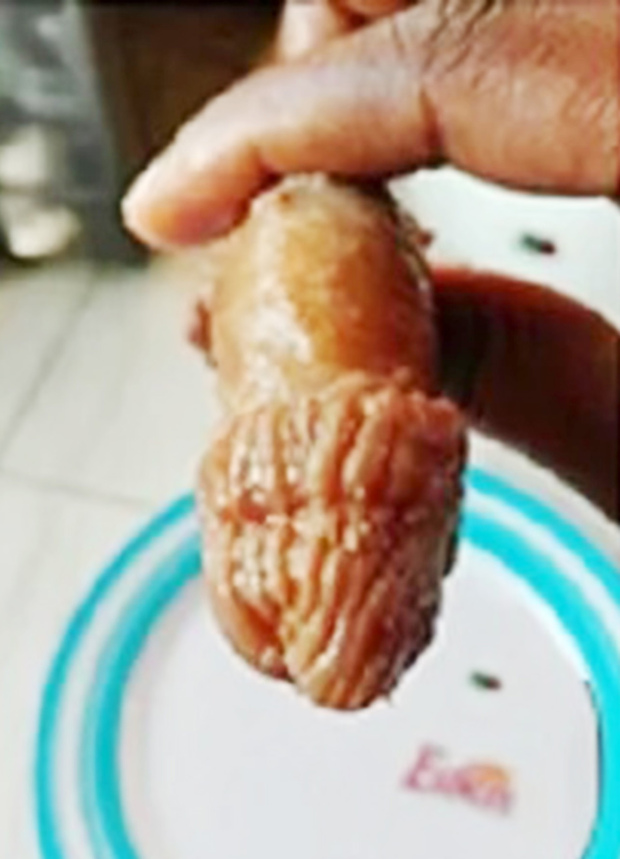 Her brother said she should contact police and send the ‘meat’ to a lab for testing.

‘My sister opted to show it to a lab technician friend later, who said because the meat was cooked, an ordinary lab test wouldn’t be able to prove it to be animal or human,’ she told 3news.com.

‘He advised a forensic test be done on it but considering the bureaucratic processes these things go through, we gave up.’

Unwilling to throw it away in case it could be evidence of some kind of crime, the meat is still lying in their fridge.