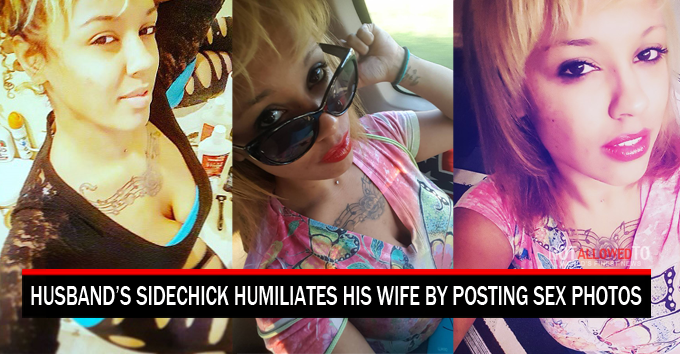 If argue with your husband’s sidechick on internet, she will defiantly force you to admit that YES, you know your husband is cheating on you, yet you still stay with him.

A woman named Soshinique Yoshi Reed has humiliated a married woman she was fighting with on Facebook by keeping her promise to follow through on exposing threats..

She warned that she will post pictures of the woman’s husband cheating with her, if the woman didn’t stop bickering with her on Facebook. The woman refused to stop arguing, so the sidechick followed up with exposing pictures.

To embarrass the married woman, the sidechick went on Facebook and posted photos of herself and the married man having s*x… Apparently, the cheating husband willingly took the pics.. CLICK HERE

Ya’ll can go in on the sidechick all you want to, but some of these wives are to blame for allowing the behavior to continue.. At some point you should be tired of that man embarrassing you.

Here you are acting like a lady, you got married and he goes and cheats on you with a THOT just cause she can raise her legs a lil higher than you, in your bed, with your heels on..

Judge people for what they are doing right now, cause someone needs to tell them to stop..