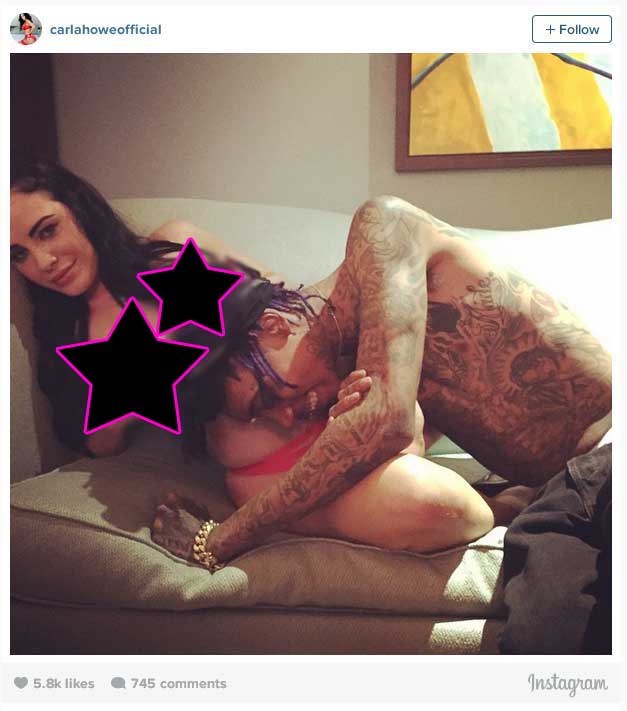 Model Carla Howe had an intimate evening this week, and that he was filmed unknowingly. Someone is trying to sell the tape, but Wiz is planning on having his lawyers block it if things progress, according to the site.

Wiz Khalifa and Model Carla definitely did the deed but a source close to the situation says a camera was rolling during this scenario. The source says the footage is now being offered around Hollywood … with the hopes of releasing the next big x tape.

Carla Howe also shared her photos with Wiz on instagram.