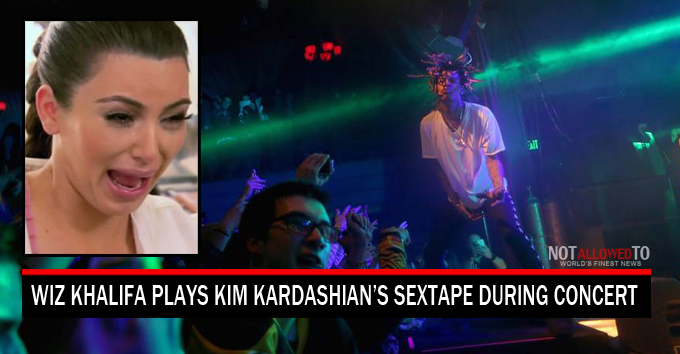 Reportedly, Wiz Khalifa played video of Kim K and Ray J’s live on stage in front of a crowd of over 30,000. Said Wiz while playing the Kim and Ray J’s s*xtape live on stage during his concert.

According to latest reports, after Kanye West‘s 17-point tweetstorm — which he later deleted — bashing Wiz Khalifa, he appears to have made peace in a new tweet, writing, “Me and Wiz spoke yesterday. Great convo. All positive.”