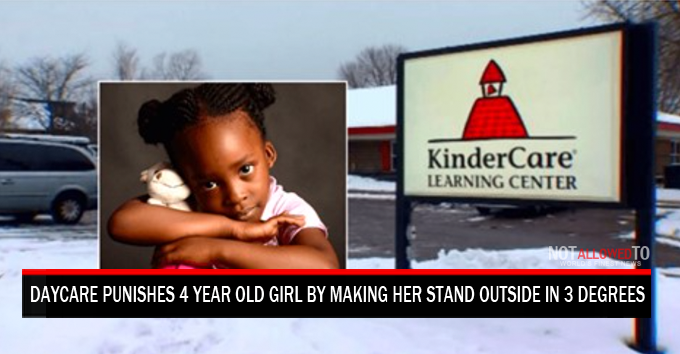 EAGAN, Minnesota – The Kinder Care Daycare center is under investigation after they punished a 4 year-old girl during a recent cold spell.

Reportedly, the day care center put a little girl in timeout, because she had been screaming in class by making her stand outside in cold with no coat on.

A concerned citizen called police around noon on Tuesday to report a little girl was standing outside the building without coat. Investigators say at the time the temperature was 3 degrees. Currently the investigators are talking to staff and the girl’s parents to figure out what happened and if this is a regular form of discipline at the school.

The daycare center may lose their license if they are found to have license violations like failure to supervise a child or neglect.