In one of the most ridiculous twitter fights of all time, Twitter exploded after Kanye West had a nasty spat with Wiz Khalifa. 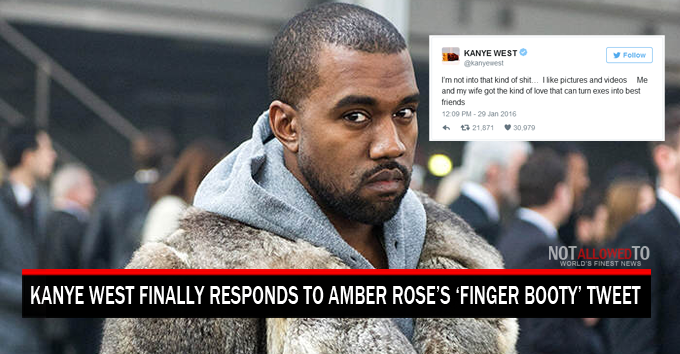 It all started after Wiz Khalifa wasn’t impressed with Kanye changing his upcoming album from Swish to Waves.

Obviously, Kanye West took it upon himself to have a right go at Wiz Khalifa and it was pretty glorious.

But among a series of insults Kanye hurled at Wiz, one tweet got a lot of attention. Kanye seemed to slut shame his and Wiz’s ex, Amber Rose, and it didn’t go down well at all. But Amber Rose got her own back in style and went public with some pretty explicit stuff about her’s and Kanye’s s*x life.

Awww @kanyewest are u mad I’m not around to play in ur asshole anymore? #FingersInTheBootyAssBitch☝

Kanye west wasn’t happy with comebacks, and he took to Twitter to respond in the most Kanye way possible.

Oh Kanye, why you so serious?

Did you missed the EXCLUSIVE: Amber Rose Releases Old Photos Of Her Fingers After Putting Them Inside Kanye Wests B00ty