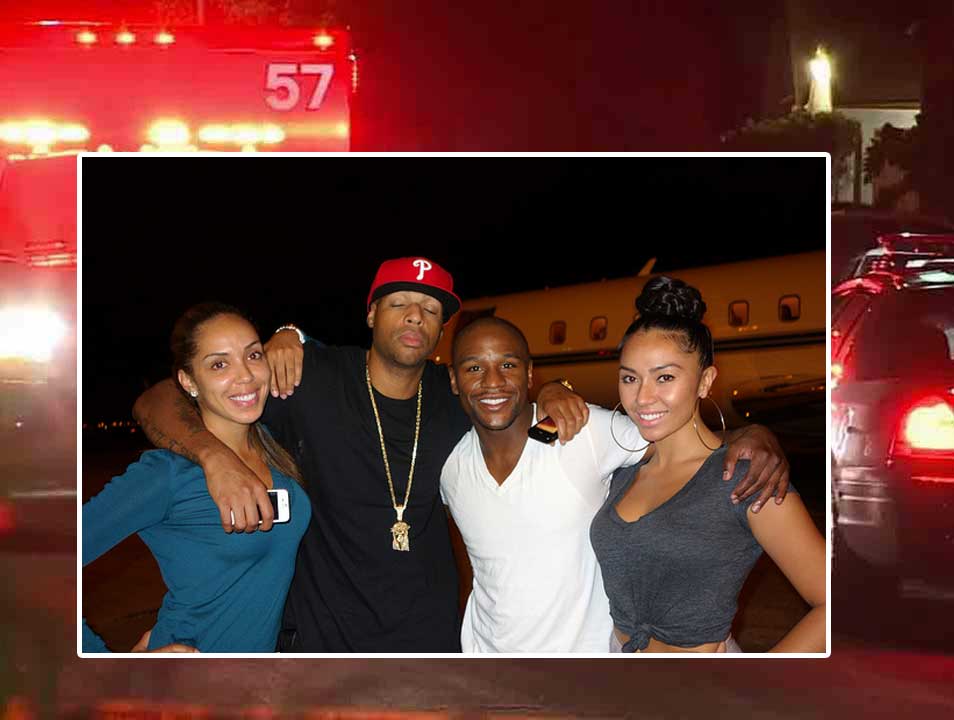 Earl said he was going to kill his wife. The champ was pleading with him to get a grip … to no avail. And pulled out a gun, shot his wife Stephanie Moseley and then killed himself .

Earl Hayes often partied with Floyd. Moseley has been a backup dancer with numerous singers, including Chris Brown and Britney Spears.

Floyd is in shock and is having extreme difficulty dealing with the fact that he witnessed a horrifying murder/suicide. Floyd will not say how much he saw, but he acknowledges he was a witness and heard everything.