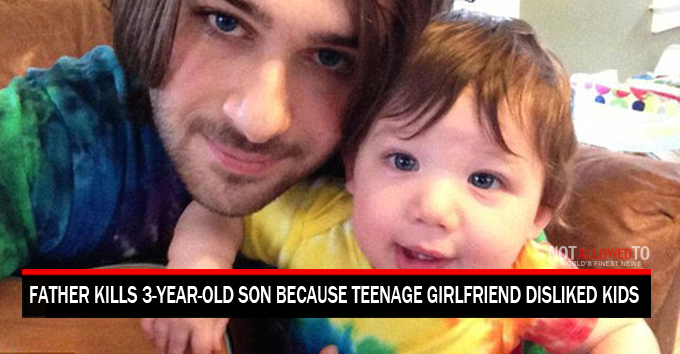 NEW JERSEY – A father reportedly murdered his 3-year-old son because his teenage girlfriend didn’t like kids and was threatening to leave him.

The 22-year-old father, David Creato was charged with murder of his child on Tuesday after the discovery of his son Brendan’s body. The father had reported his son missing.

When I woke up, he wasn’t in my apartment… I don’t know if he wandered out or what happened. I don’t know where he is… The door was locked. I guess he unlocked it and left.

After a search the police found Brendan’s body in the park, submerged in Cooper River. Prosecutors claim that the poor young boy was killed by being ‘smothered, strangled or drowned’ because of the ‘intense’ relationship Creato had with his 17-year-old girlfriend Julia Spensk. Reportedly, the teenage girlfriend don’t like kids and threatened that she would break up with him unless he stopped seeing both Brendan and the boy’s mother.