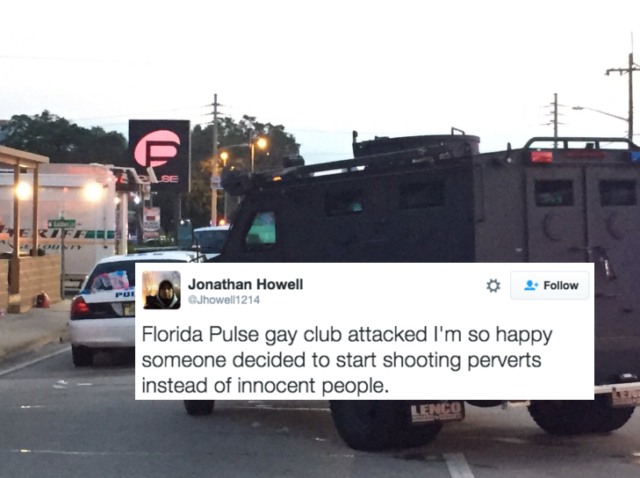 Orlando, Florida | There was a brutal hate attack on Pulse nightclub. A man by the name of Omar Saddiqui Mateen stormed the gay club, and opened fire on the attendees. More than 60 people were killed and 90+ were injured, before law enforcement was finally able to take him down.

Some were so badly disfigured from the gun attack, that their bodies could not be indemnified and was challenging.

The shooter is alleged to be Muslim and American citizen who hate gays, and many people are using this attack to vindicate their point on gun laws in United States of America. Others are trying to argue that the shooter was a Democrat, and saying that liberals are to blame for this.

But some — and most shockingly — trivialized the attack because of the sexual orientation of the victims. 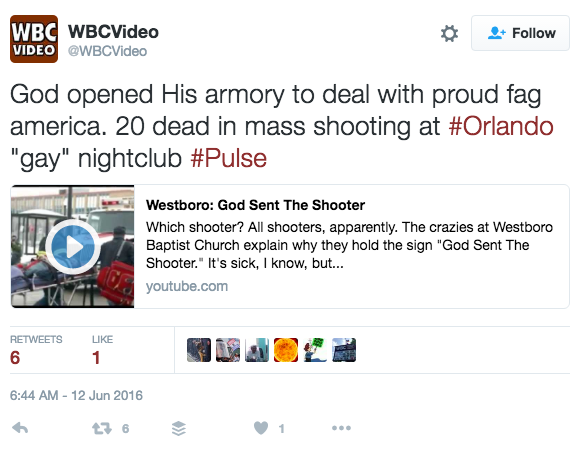 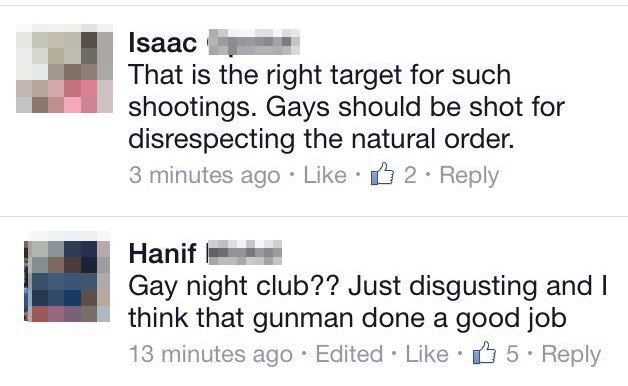 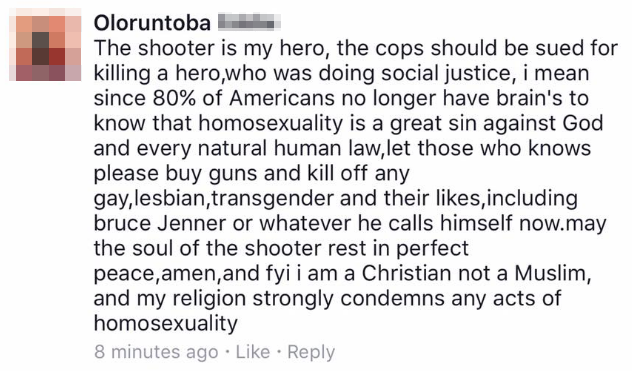 These people are an important part of this conversation, because they show why gay pride still needs to exist. Just because the United States has achieved marriage equality does not mean our struggle to live, laugh, and love freely is over.

These tweets and comments leave me without words. Except to say that it will get better — it must get better — and hopefully, with awareness, education, and love, the world we leave our children will be a little brighter.