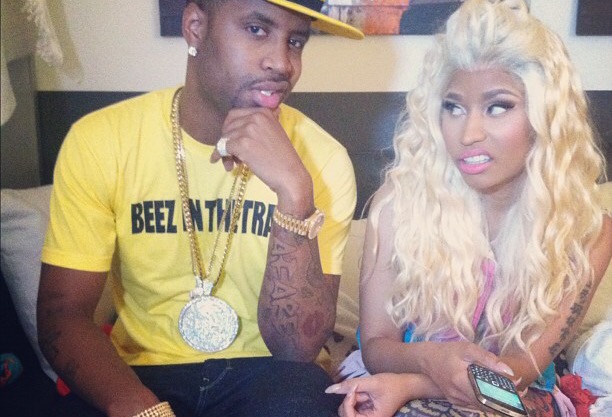 Nicki Minaj’s former boyfriend Safaree Samuels is suing her for $50 Million and claims he helped his ex-girlfriend, Nicki Minaj, write some of her music, she did not give him due credit for his contribution in her three hugely successful albums. He’s now about to take her to court to get his share of the financial profits.

Samuels claims he has proof to back up his pending lawsuit in the form of witnesses, hours of studio footage, voice memos from recording sessions and video of the two working together.

He’s looking to cash in on his alleged work on Nicki’s studio albums “The Pink Print,” “Pink Friday”and “Pink Friday: Roman Reloaded.” He also reportedly wants his cut from her singles like “Only,” that featured Chris Brown, Drake and Lil Wayne; “Flawless (Remix)” with Beyonce and “Feeling Myself” with Bey.

Minaj is currently dating rapper Meek Mill, who has been feuding with Drake for months now.

All I want is what’s owed to me and that’s $50 Million I made you a star so I need my cut you won’t Ray J me! You don’t even know how to pronounce these motherf**king words in motherf**king raps, bitch.”