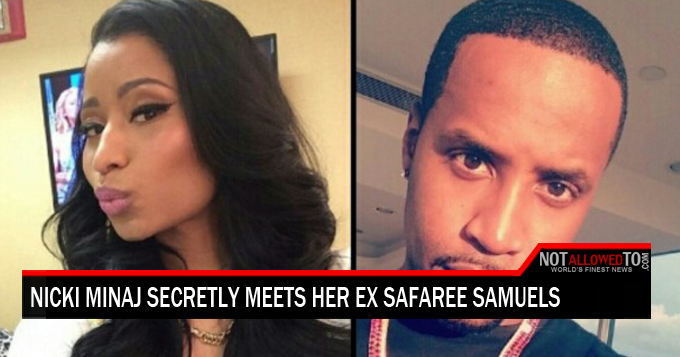 Recently, Nicki made headlines when she went on “The Ellen Show” and said she was “single”. She even called Meek Mill a boy that likes her. Nicki has since retracted her comments.

Now according to sources, a new information has surfaced to give meaning on why Nicki shaded her relationship with Meek on The Ellen Show.

Apparently, Nicki has been secretly meeting up with her ex Safaree Samuels, while her current boo Meek Mill is servicing a 6 months house arrest sentence. According to reports, someone captured photos of Nicki and Safaree hanging around his mother’s home. We are trying to get them too…