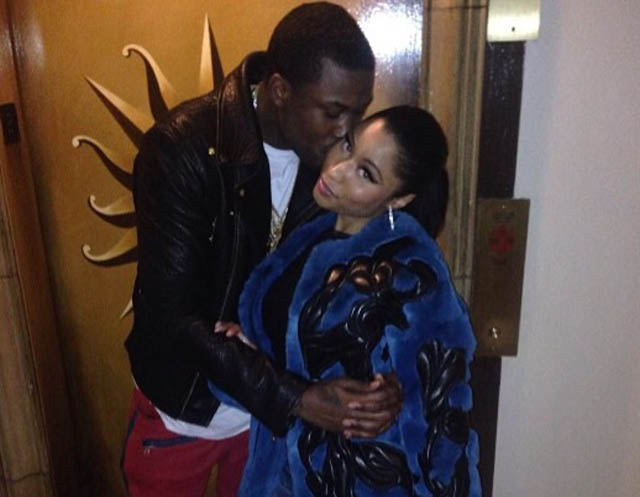 It has been reported that superstar Nicki Minaj is eight weeks pregnant and heavyweight Meek Mil is believed to be the father. Using a cross between Nicki’s real name Onika & Meek the couple is planning to name the child OMEEKA.

A close source revealed that “she TWICE made toasts … by drinking water instead of wine,” adding that it is “highly unusual” to “toast with anything but a full glass of wine.” (In case you weren’t aware, pregnant ladies aren’t supposed to drink alcohol.)

Minaj’s ex-boyfriend, Safaree has been placed on suicide watch after becoming outraged upon hearing the news in which Mr. Safaree began to scream at patrons of the Waffle House where Safaree has been working to supplement his income.

His employers gave him half of the day off and a couple of xanaxs they had bought from a kid behind the dumpster.