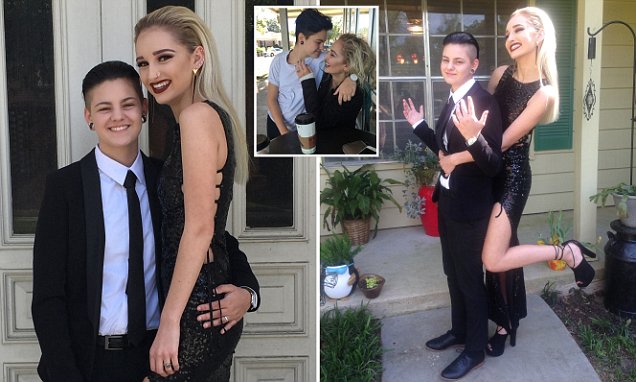 FLORIDA | Two teen girls have made local history after becoming the first same-sex couple to be crowned prom king and queen at their school.

Brie praised school for creating gay-straight alliance to support LGBT. The couple celebrated their three year anniversary after meeting during their first year at School through friends.

She added: ‘LGBTQ community at our school is very accepting. I do believe it is easier for females than it is males; at our school and just in society in general. I always felt accepted at our high school. My family was not accepting nor supporting at first, but after about a year they came around.’

The couple continue their studies at the same school next year.