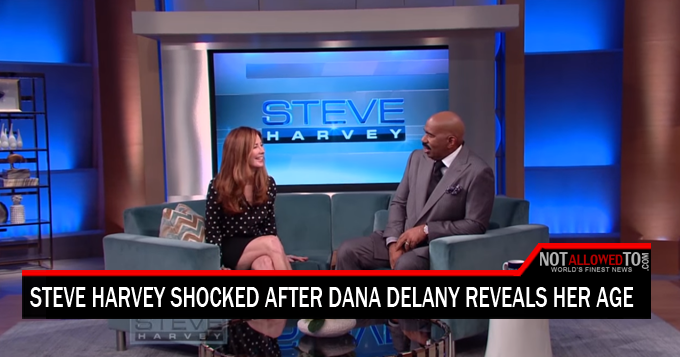 Wanting to look young isn’t just a trend in Hollywood; it’s a desire for most woman in the world. So whether it’s buying an expensive anti-aging cream or workout than usual, trying different methods to slow down aging isn’t unusual.

But there are many women out there proving that growing older certainly doesn’t put a halt on beauty. For example, who could forget about the time a mom posed with her two daughters and went viral because it was very difficult to tell them apart?

One of these women is award-winning actress Dana Delany. It’s impossible to guess she turned 60. The Hand of God actress, whose career spans over four decades, appeared on theSteve Harvey Show.

Harvey asked her the question I’m sure many of us are wondering: “What’s the secret?”

“I get asked this a lot and I think I’ve figured out,” she said. And the so-called “secrets” Delany gave up might take you by surprise.

Watch the clips and please SHARE if you are just as SHOCKED by this beauty!