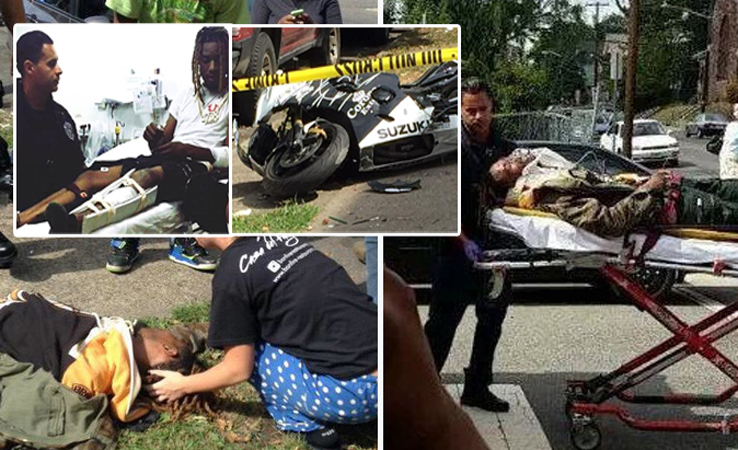 NEW JERSEY – Fetty Wap was involved in a motorcycle accident in his hometown of Paterson. Paramedics treated Fetty at the scene before transporting him to a nearby hospital.

“Wasn’t taking one of my eyes enough, God? Now you gonna penalize me for it?” Said Fetty Wap after receiving word that he’d been charged in his motorcycle accident.

Fetty Wap was involved in a motorcycle accident where he was hit by oncoming traffic while riding his motorcycle. He has been charged with reckless endangerment after police reviewed surveillance footage.

“Let’s be honest. A rapper with one eye should not be driving a bike” – Officer Fetty Wap is counter suing the city of Paterson, New Jersey for $1,000,000, because that’s the amount of times they play his songs on the radio each day, amazing.