New Study Shows: Women Are More Likely To “Go Down” Than Men 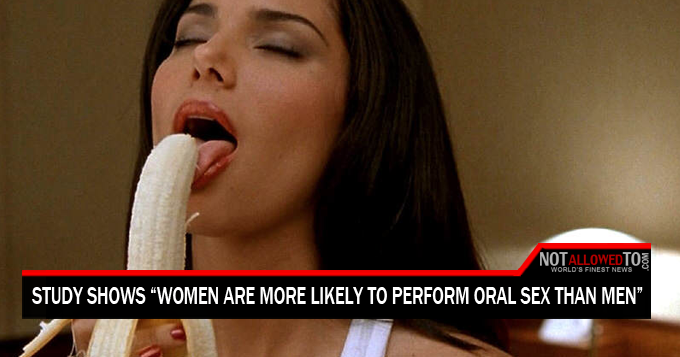 A new study has shown that women are more likely than men to perform 0ral s*x on their partner, even if they don’t want to.

The study was carried out at the University of the Pacific and the London School of Hygiene and Tropical Medicine.

Researchers interviewed 71 individuals to uncover attitudes towards “going down” in young men and women aged between 16 to 18-years-old. After questioning it showed that men didn’t view women’s genitals in the most positive light.

Both men and women also agreed that it was more ‘distasteful’ and was a ‘bigger deal’ for men than woman. Apparently, young women were less likely to say ‘No’ to performing ‘oral’ on a partner, even if they didn’t want to.

It’s definitely something that needs to be addressed as soon as possible, because there’s no reason women should be receiving less than they’re giving.