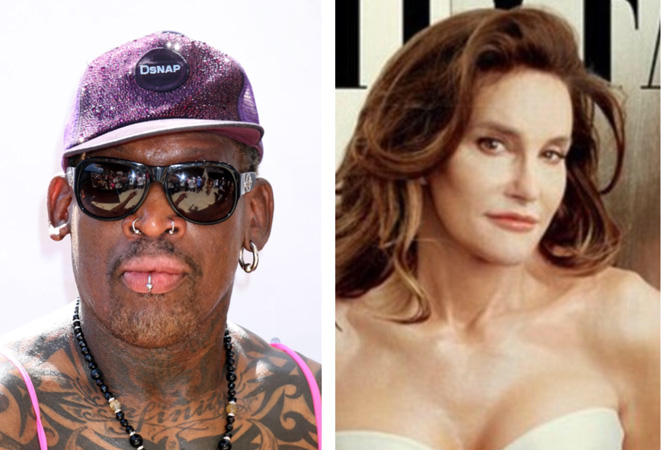 Everyone and their mothers are commenting on Caitlyn Jenner‘s Vanity Fair cover, and you haven’t commented yet; Maybe now you will.

Especially if former professional NBA player and ’90s cross-dressing icon Dennis Rodman was on your radar of Jenner commenters.

Rodman got on the phone with TMZ Sports to discuss Jenner’s photo reveal, as well as his attempts to get his more decorative photos on magazine covers nearly 20 years ago.

Among other things, the former basketball player revealed he’d be totally down for smashing that and would tear it up  — if she’s interested, that is.

“I’m proud that people are not really coming down hard on Caitlyn Jenner. That’s the most important thing. Life has its evil way of messing with people, but now since people are so open today, man, you know what, knock yourself out”