It has been an interesting weekend in Cleveland, to say the least. 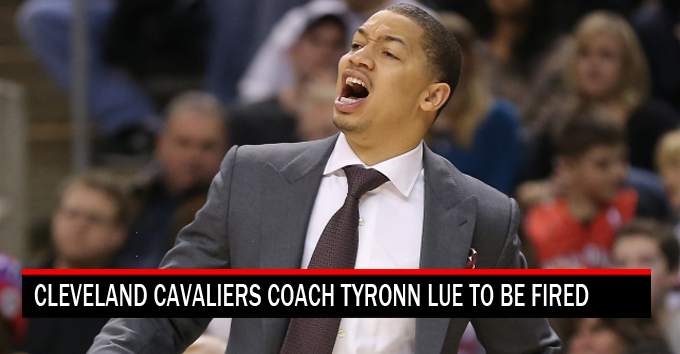 CLEVELAND – After Former NBA player Tyronn Lue was hired as the Cleveland Cavaliers head coach replacing David Blatt, it is being reported that Cavaliers management is planning to replace Tyronn Lue as they have received more than 12,000 requests, suggestions and (angry) comments following the loss to the Chicago Bulls Saturday night.

The team’s performance didn’t go over all that well and Cavs fans were not pleased with the effort from the home team and booed during Tyronn Lue’s head coaching debut.

Reportedly, Cavaliers won’t accept any more losses this season. “No more losses. Every time we lose, someone is getting fired. I don’t care who it is.” said Cavs owner Dan Gilbert.

During the third quarter, the Bulls pumped their lead to 17 points. Many Fans began to boo their own team and commented “It was Tyronn Lue’s first night as head coach of the squad, and the Cavs lost, 96-83. Tyronn should be fired.”

Cavs fans were not pleased with the effort from the home team tonight. ?

The Cavs are going through a tough time stabilizing themselves after firing David Blatt, who led the Cavs to the NBA finals last year and starting this years NBA season with a 30-11 record. It is unknown to many why Cavs management are making such quick and wrong decisions.