Home » World » Bacon As Likely To Give You Cancer As Smoking

Bacon As Likely To Give You Cancer As Smoking 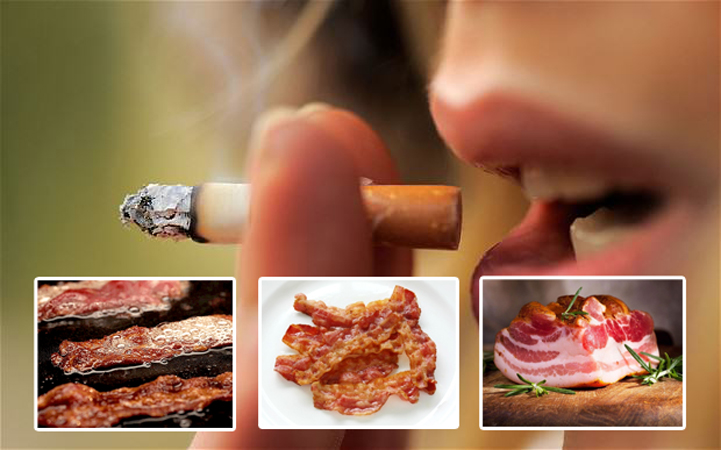 Bacon is a lot worse for us than we thought, and could be as big a cancer threat as smoking.


The World Health Organization announced that processed meat is amongst the most deadly. Its findings come after scientists from 10 nations, including the UK, reviewed all attainable evidence.

Burgers and sausages are also apparently a massive threat to our health.

The WHO ranked processed meat in the top five most likely things to give humans cancers, among the likes of cigarettes and alcohol.

The announcement lead to warning labels on packs of bacon in our supermarkets similar to cigarettes. You can already imagine that this could be a slippery slope to where bacon is made illegal, a dystopian world where dealers are selling frazzles and crispy bacon bits to meat-deprived citizens on street corners.