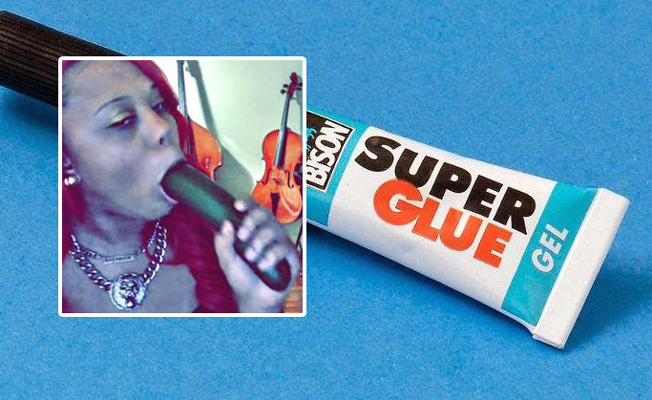 Boyfriend found it difficult to keep his girlfriend’s legs close, so the best way to tame her was to use the glue to hold her private parts together and stop her from sleeping around.

Keith Sully, 27, became obsessed with the idea that his girlfriend Melissa Layne, 22, was sleeping with her friends.

According to police report, Sully locked Layne her in a bedroom and forced her to strip while pointing a gun at her and threatened to blow her head off if she did not do as he said.

I was terrified, he was always accusing me of cheating he said I was nothing but a thot! He had previously tried to cut my hair off.

He ordered me to lie down and open my legs and then took out super glue and applied it to my lady parts. I had tears streaming down my face and was begging him to stop, but he didn’t seem to care.

I do not know what would make a man who loves a woman do that to her!

Layne, later tried to remove the glue but is now scarred for life which means she won’t be able to have s*x again.

Keith Sully fled after the incident and has not been back since. He has been charged with malicious wounding with intent to cause grievous bodily harm.

The woman still lives in fear of his return and says “I am scared that he might come back anytime and remove my head”.