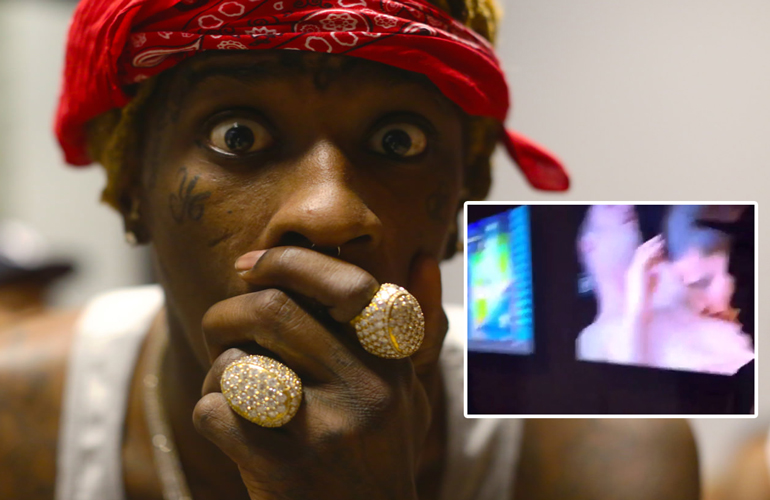 This video was sent to us and it could be the final chapter in this wonderment around whether or not Young Thug is gay.

In the studio…and nobody says anything? Its just business as usual.

The Thugger has never specifically said he was gay. He has had a girlfriend and he does wear mostly women’s clothing because of the fit. But this…this video below is something else it shows young thug and his homies in the studio watching what appears to be Gay P**N.

When did you start wearing women’s clothing?
When I was 12 or some sh*t, started gambling, getting my own money. My dad wouldn’t buy me tight pants. I had to get my own money to buy them.