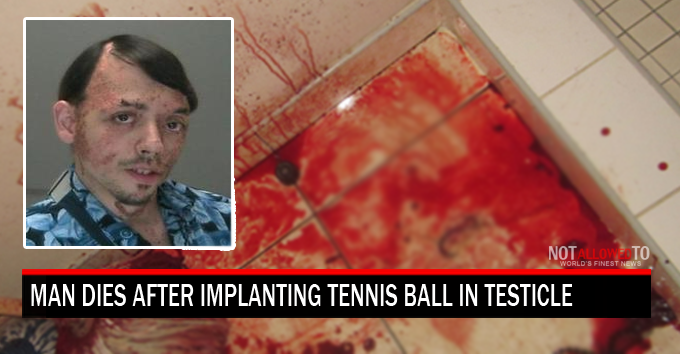 Bath salts, a drug which causes paranoia and hallucinations, took the life of a man on Saturday– but it wasn’t actually the drugs that killed him.

A 33-year-old man, Peter Roman used to be a very large man before he for he had gastric bypass surgery last year, according to his family. In just few months, he amazingly lost over 250 pounds. However, the quick weight loss left him with pounds of saggy skin.

Apparently, the friends of Roman say what bothered him the most, was not that his arm or legs sagged, but that he had lost so much “weight” that his”Balls” sagged nearly 5 inches to his mid thigh.

“He’d always call himself ‘Hallow sack.’ It was like he would always make fun of himself on purpose, but he was really covering up his pain,” said Jeff Evenson, a close friend of Roman. “So when I heard that he tried to insert tennis balls into his scrotum, I wasn’t surprised.”

Police were called to Roman’s residence around 1:20 PM when he called 911 for help. Shelley Williams, the 911 operator who answered the call, said he sounded in pain and desperate. “He told me his ‘nut sack was bleeding’ and he needed help” said Williams. “Then he went into detail about how he used a razor to cut himself and insert the tennis ball. That was the worst 911 call I ever took.”

When police arrived, they found Roman unresponsive, covered in blood, who was transported to the hospital, but he was pronounced dead on arrival. Upon examination, doctors found the tennis ball lodged in Roman’s scrotum and he tested positive for drugs (Cathinone a.k.a Bath Salts.)

Doctors say there were several factors that contributed to his cause of death, two of them being loss of blood and hypovolemic shock.