Home » Entertainment » Woman Verbally Harassed By A Bully In Public, This Is What Her Husband Did!

Woman Verbally Harassed By A Bully In Public, This Is What Her Husband Did!

While physical abuse can leave scars that would heal with time, verbal abuse is worse because it has long-lasting effects on a person’s mentality.

Most verbal harassment lead to physical violence, like in video, a bully was knocked out by a husband after he verbally abused his wife in public!

The video starts with the husband arguing with a big bully who throws offending words to his wife. He husband asked, “Why are you talking about my wife like that?” The big bully replied “Whose wife?”

The wife tried to convince him to stop arguing, saying it’s not worth it.

But, instead of backing down, the bully boastfully admitted that he was indeed talking to the man’s wife. 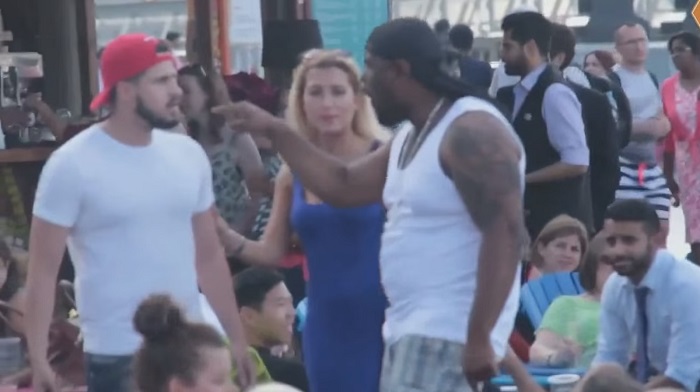 Deciding that enough is enough, the husband grabbed a bottle and knocked him out in a single blow! This is why you should never talk sh*t about another man’s wife. Married or not, women shouldn’t be verbally and physically abused.