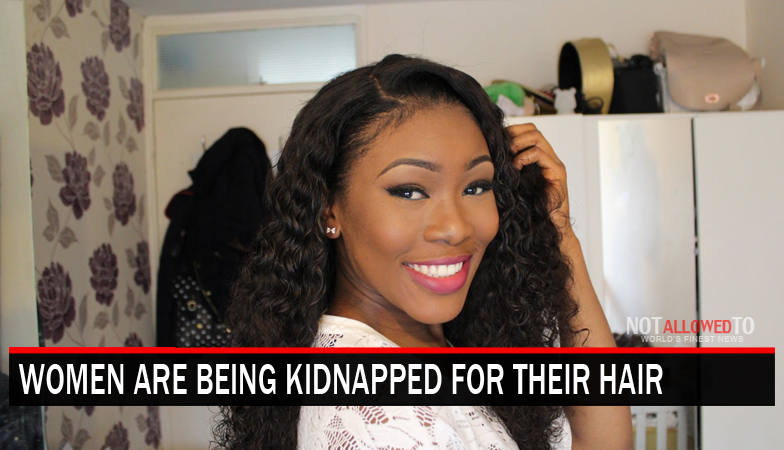 Companies selling human hair weaves, are racking up the big bucks. Human hair is popular for its strength and texture, and is used for wigs or extensions. Demand is so high that there is a push by many U.S. companies to not only import hair, but to invest in hair care businesses.

The demand for weave and human hair has become an epidemic within the United States. Brazilian and African women are kidnapped for their hair, everyday to keep up with high demand. Their hair are removed, and shipped to the U.S.

These women who were kidnapped and released, claimed once kidnapped their hair is immediately cut to be sold; usually shipped to United States.

Richard William, from Brazil-based hair extension company said: “This acquisition reflects our continued commitment to providing U.S. consumers with a wide range of superior quality hair weaves at affordable prices,” managing director William said “African women can easily get away with murder because every hair recovered from the crime scene by the forensics team will be traced back to someone in Brazil.” confirming the epidemic within the United States is real and frighting.

No wonder these companies are expanding. The hair export market is estimated to be worth about $1393.5 million annually, with a yearly growth rate between 10 percent and 30 percent.

The market is so big that global giants such as Unilever and L’Oreal are investing heavily in hair care products.