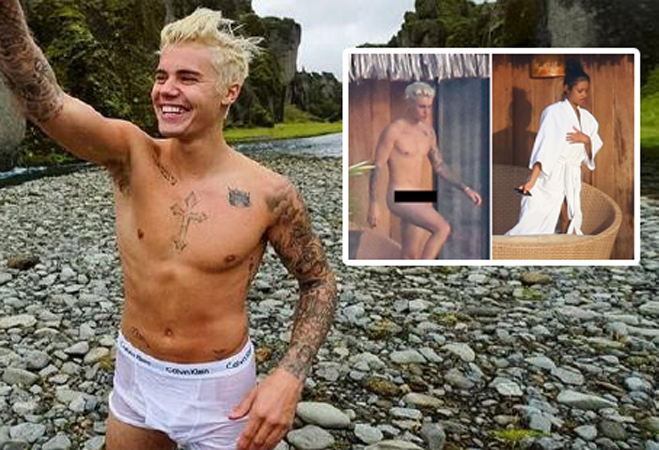 Justin Bieber is vacationing in Bora Bora with model Jayde Pierce. A reporter was able to grab pictures of him when he decided to have a cheeky skinny dip in the balcony spa.

Two weeks ago, 20-year-old Pierce posted a photo of her and Bieber, 21, captioned “Look who’s in London!” Bieber told his Snapchat followers that he was “back home”.

Bieber’s fans are shocked after Pierce said “Justin’s WANG is unusually small and he doesn’t want anyone to see it. He have Magnum-sized ego with micropen*is”.

Their relationship status is not confirmed, but Bieber made an apparent romantic gesture by playing the guitar for her at sunset. 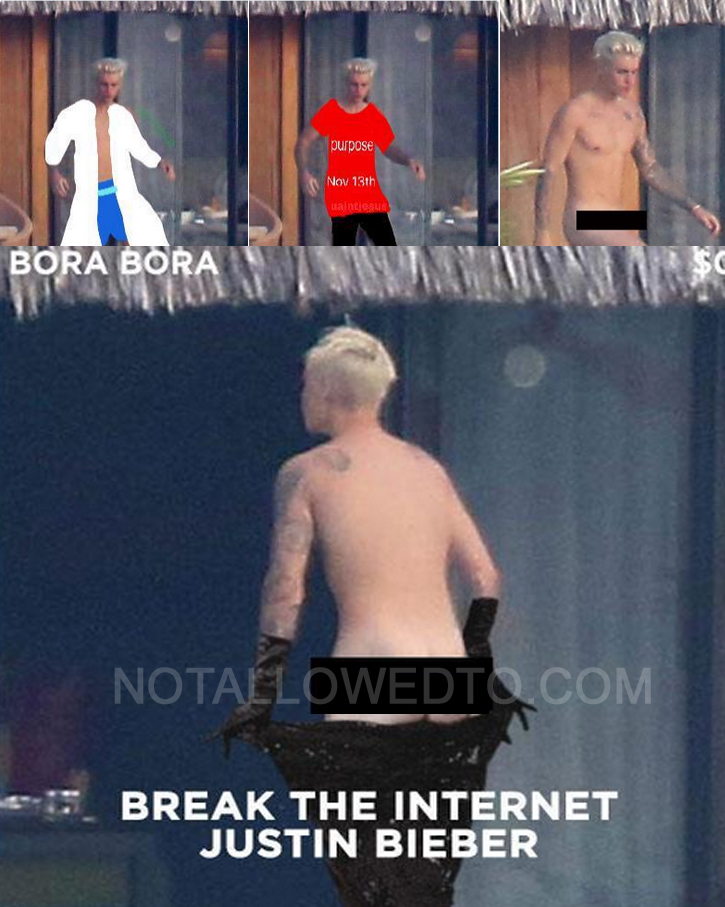 Not long after the photos were leaked online, the hashtags “Bieberpeen” and “BieberWeiner” were trending on Twitter around the world.