Houston, Texas | A teacher is accused of having a sexual relationship with a 13-year-old boy who impregnated her has surrendered.

According to report, Harris County authorities issued an arrest warrant for Alexandria Vera, a 34 year-old English teacher in the Aldine School District. The boy she had a relation was an eighth-grader she met last summer, officers said.

Vera appeared at the jail in adjacent Montgomery County on Wednesday and was released on a $100,000 bond.

According to the court documents, the parents of the 13 year old boy didn’t object their relationship. She told a investigator they were “very excited and supportive” when she disclosed her pregnancy. 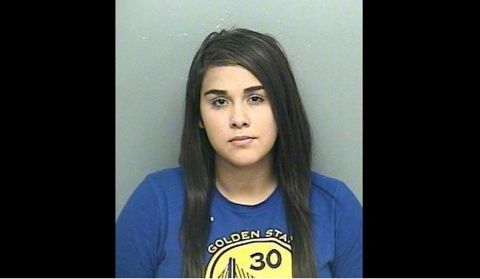 Their illegal relationship continued throughout the school year — with students noticing the two flirting most of the time.

“He like grabbed her butt and everyone saw it,” one student told ABC. “And then they were talking about it.”

“That kid was always over (Vera’s house in Spring, Texas,) and she always told (neighbors) it was her brother,” a neighbor told WFAA-ABC.

Shockingly, she aborted the pregnancy after a child welfare investigator questioned her. School officials say she’s been removed from her job