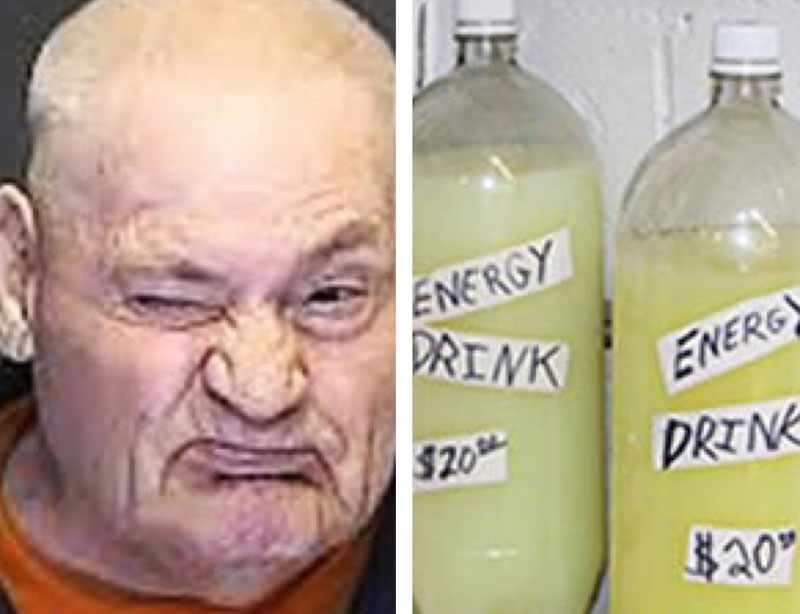 June came under suspicion when he sold four bottles to several high school girls who hours later were checked into a hospital with internal bleeding. The children’s parents phoned authorities.

“They’re just energy drinks like Rockstar or Monster. It’s not meth in there. It’s just lemonade, caffeine, sugar and a couple drops of gasoline. I swear to God I didn’t put meth in there.”

Customers would come to June’s home to buy the energy drinks for $20 per bottle. One customer spoke on the condition of anonymity:

“I’m shocked Jasper put crank in his energy drinks. I didn’t know nothing about that. I just knew they worked good to keep me awake for a couple days. Stuff way better than Monster [energy drink].”

“Okay, I put just a little meth in there to get them addicted and keep customers coming back. I know they’ll all testify against me so let me make something else clear: I pissed in every bottle.”