Man Arrested After Getting Caught Making Love With A Goat 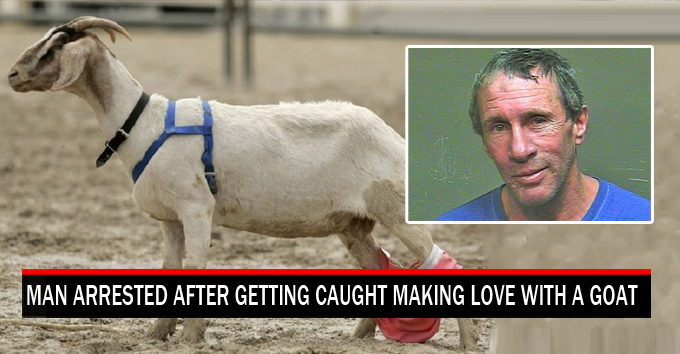 OKLAHOMA – A 53-year-old man, Darryl Gene Scoggin, did something out of bounds by pleasuring himself with a goat. He was arrested by police officers after getting caught in the act making love with a goat.

According to reports, a witness saw Scoggin on CCTV with his pants down, banging the goat and summoned the police to a property on Chisholm Road around 10.30pm.

The police said that Scoggin was ‘obviously having sexual intercourse with the goat’. They took him into custody and upon searching, they found a bottle of vodka in his jacket.