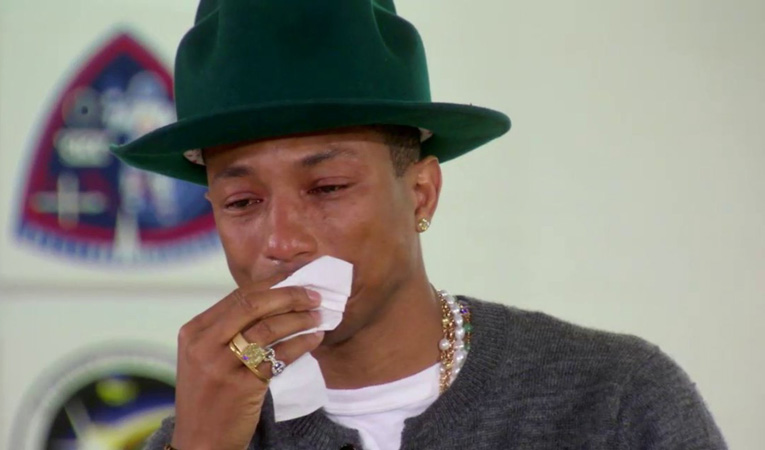 The super producer/singer/songwriter Pharell Williams also known as Pharell or “Skateboard P” has removed himself out of the closet today in a statement to local California media.

He stated, “there has been so much speculation recently about my s*xuality recently that I’ve decided to come out and admit that I don’t like women anymore. I like men.”

This should have been clear when he named his media collective I Am Other. In other words, he is of the “other” persuasion s*xually. One could also have speculated his s*xuality when he released his hit single “Happy” which is another word for gay.