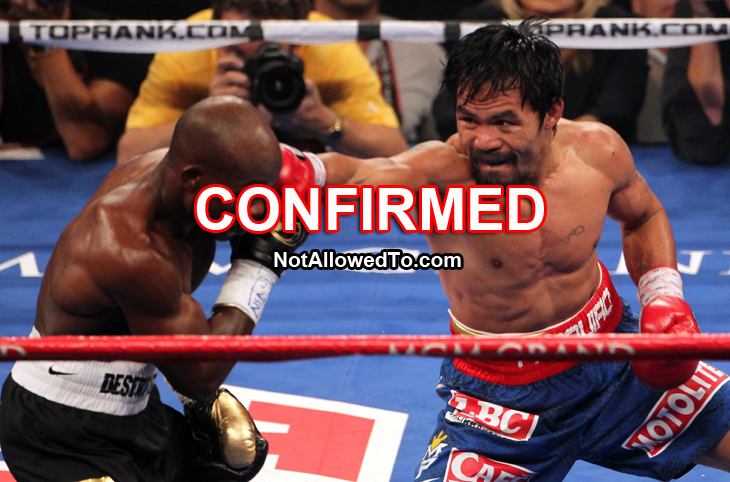 The two reasons to do a Floyd Mayweather-Manny Pacquiao rematch would have been a good fight and the potential to replicate a massive pool of money.

Pacquiao did have a shoulder injury ahead of the “Fight of the Century.” The chatter of the shoulder injury after he lost a unanimous decision to Floyd Mayweather in Las Vegas was mostly chalked up as excuses/lies in an effort for the sides to get together for a $500 million rematch.

Mayweather has said he’s willing to give Pacquiao a rematch once he’s good and healthy following that shoulder surgery.

Another problem was the fight itself, which was a tactical matchup that favored Mayweather’s boxing skill with little of Pacquiao’s brawling and combination punching.

I want to end my career after this final fight with Pacquiao.I’ll beat Pacquiao and wrap up my career 49-0, just like Rocky Marciano.