Home » Entertainment » Muhammad Ali Wanted To Be Remembered As a Champion

Muhammad Ali Wanted To Be Remembered As a Champion 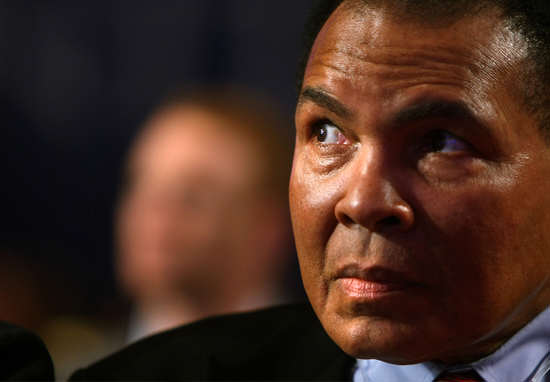 No one knows when one is going to die, therefore most people don’t want talk about how they want to be remembered, – luckily Muhammad Ali told us how to remember him,

Ali passe away at the age of 74, and will undoubtedly be remembered for boxing his way to become three-time heavyweight champion of the world. His quotes, pioneering trash talk and amazing personality will leave a legacy behind. However, when asked how he’d like to be remembered he said:

I would like to be remembered as a man who won the heavyweight title three times.

Who was humorous and who treated everyone right.

As a man who never looked down on those who looked up to him.

And who helped as many people as he could.

As a man who stood up for his beliefs no matter what.

As a man who tried to unite all humankind through faith and love.

And if all that’s too much then I guess I’d settle for being remembered only as a great boxer who became a leader and a champion of his people.

And I wouldn’t even mind if folks forgot how pretty I was.