Five Teenagers Arrested for Writing “Whites Only” On Drinking Fountain 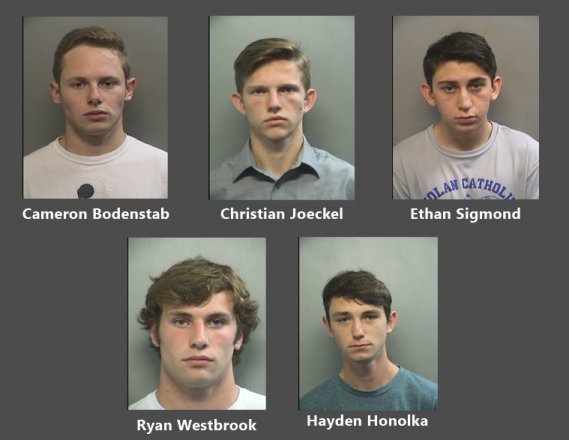 TEXAS | 5 teenagers have been arrested and charged for allegedly writing “whites only” above a water fountain.

One of the teenager also wrote “Trans only” near the bathroom. Investigators say the guilty teenagers confessed.

“They were pretty remorseful. I don’t think they gave a lot of thought to the ramifications unfortunately, you’re held accountable for and there’s consequences when you engage in this sort of behavior,” said Lt. Christopher Cook.

The Arlington school district commented on the incident in a statement.

“Through our investigation with the Arlington Police Department, the individuals involved in the graffiti incident have been identified,” an emailed statement from the Arlington school district said. “The AISD does not tolerate vandalism or hate speech. The students involved will receive appropriate disciplinary action.”